Re-thinking the ‘Ethics’ in ‘Innovation’ 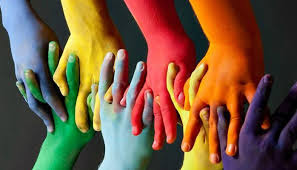 How do laws and policies aimed at promoting and disseminating beneficial innovations define the terms ‘beneficial’ and ‘innovation’? Do these definitions ensure equitable socio-economic development of all countries based on their culture-specific innovations? In other words, are these definitions themselves fundamentally ‘ethical’? These are some of the questions that the selected top 60 students from over 20 different countries across the globe will discuss in the forthcoming World Youth Forum for Ethics in Innovation (WYF 2017). The intensive three day workshop will see these top 60 students and young professionals go through a state of the art self-management and leadership training, and discuss some of the most pressing issues relating to ethics and innovation that affect the 21st century global village. The students will discuss case studies from their own countries/cultures and arrive at high level recommendations for academics, industry and top governmental representatives in the form of the ‘Call of the Youth’ that will be presented by three groups of students during the 1st Munich Conference Series on Ethics in Innovation (EII Conference) at the DPMAforum, German Patent and Trade Mark Office, Munich on 26-27 June 2017. Those who couldn’t make it to the World Youth Forum, are invited to register for the EII conference at this link.

Here are some of my thoughts on the issue of ‘ethics’, ‘innovation’, ‘ethical innovations’, and most importantly, the ‘ethics in innovation’. These thoughts are part of the research project linked to the WYF 2017. WYF 2017 participants, as well as anyone else interested in the issue of ethics in innovation, are encouraged to read these and provide comments so as to facilitate in-depth discussion of topics during the WYF and the EII conference.

What is considered ‘ethical’ and ‘innovative’ varies from person to person, culture to culture, and even from industry to industry. This difference in perception may, at first glance, seem to be of interest only from a purely academic perspective. In reality, however, it plays a crucial and practical role in ensuring a healthy and balanced public debate, which, in the end, can influence all segments of human life, including the approach to education, the focus of scientific research efforts, the availability of funds for such research, the framework of laws and policies, and even the flow of capital at the level of societies, communities, countries and regions.

In fact, despite widespread globalization, even in the 21st century, it is not corporate profits alone that drive the direction and success of any socio-economic activity, including ‘innovation’. Diverse ethical views, including socio-cultural norms, social or individual history and the historical evolution of world views predominant in various regions of the world, all play a significant role in determining the direction and goals of such activities/innovations within the societies or communities where they emerge on the one hand, and the manner in which they are viewed, disseminated and adopted around the globe, on the other.

In this situation, it is relevant to examine whether all types of socio-economic activities and linked material and immaterial products and processes, emerging from diverse socio-cultural and socio-economic contexts, are all equitably recognized as ‘innovation’ at all. Whether it is by common people or by international agencies engaged either in law making or in ranking countries and societies (for example, on an innovation index), such recognition (or its absence) can have far reaching consequences. These consequences may include an impact (positive or negative) on the economic growth of nations where these products/processes emerge, availability of venture or seed capital for their promotion, dissemination and widespread adoption, availability of funds to conduct scientific research on such products/processes, as well as on the overall morale of people engaged in creation of beneficial products/processes that are historically unique to their societies and cultures. Put together, such consequences can either expand or limit the diversity of choices available for people in the global marketplace.
Furthermore, if ethical issues and dominant world views emerging therefrom, broadly speaking, guide the formulation of laws and policies associated, inter alia, with testing, adopting, disseminating, using and even patenting of certain types of innovations, to the exclusion of others, it also becomes necessary to re-think what is ‘ethical’ from a multi-cultural and fundamentally ‘human’ perspective.

With the increasing confluence of diverse cultures through immigration, job hunts and growing frequency of inter-cultural marriages, it is necessary to re-think the fundamental understanding that we as a human society have of the terms ‘innovation’ and ‘ethics’ as such, and of their relationship with one another in narratives employed at national and international debates linked with the term ‘innovation’.

Research Goals: (i) Re-thinking the definition of ‘innovation’ and ‘ethical innovations’ in the present day multi-cultural global village. (ii) Identifying means of promoting inclusive, sustainable and ethical innovations among all sections and segments of society worldwide by examining (through case studies, surveys and empirical research) means by which products, services and processes that are beneficial to humankind have (historically and contemporarily) been created and disseminated in diverse cultural and socio-economic contexts. (iii) Investigating whether all such products/processes/services are recognized as ‘innovation’ by the societies in which they emerge on the one hand, and by the world in general on the other.

Comments, current research, news links, blog articles and anything else that helps add to, contradict or enrich the above research goals would be much appreciated – please use the comments segment below.