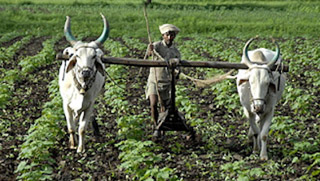 Indian Agriculture: Some Basic Facts and Food for Thought

Indian Agriculture: Some Basic Facts and Food for Thought 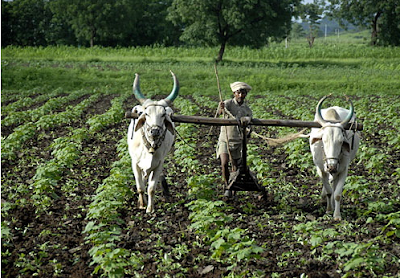 This blog is partially an excerpt from a recently published article of mine, titled “India’s Plant Variety Protection Law: Historical and Implementation Perspectives.“

India today is self-sufficient in most of its food requirements. However, it suffered from major famines and severe shortage of food until the mid 1960s.(1) In the decades following the Green Revolution, (coupled, to a smaller extent with increase in cropped and irrigated areas) India became increasingly self-sufficient in agricultural produce. Today, Indian agricultural produce, particularly in relation to important staple foods, is sufficient to feed the entire population of India, while also contributing 15 to 20% of the total value of India’s exports. (2) India was (and is) also an active participant and contributor to international agricultural R&D efforts, including international research efforts in wheat, maize and rice. (For example, Indian scientists have recently created a drought resistant variety of rice called Sahbhagi Dhan that can survive 12 days without rain)(3)

In a world that considers intellectual property rights as inevitable and indespensible, Lost Clauses fondly reminds itself and its readers that these HYV seeds and the related technology were acquired and successfully disseminated in India in the absence of an intellectual property protection regime: Green revolution in India resulted from an initial transfer of large quantities of high yielding varieties of rice and wheat seeds from Mexico under the initiative of Norman E Borlaugh. (7) Thereafter, the appropriate technology and know-how, including the best manner of cultivating, the quantity of pesticides and fertilizers to be used etc. was innovated and recommended by the Indian National Agricultural Research System (NARS). (8) Once the dissemination of HYV seeds to Indian farmers commenced, the Green Revolution spread rapidly to most farming communities because of the traditional practice of saving, resowing and exchanging seeds, and because of the absence of IP laws preventing these practices. Experts opine that in the absence of this tradition, such a rapid spread would not be possible.(9)

[blockquote align=”none” author=”Ms. Godt”]Historically, the agricultural innovation system was firmly rooted in open access to genetic resources as public domain…. The inherent reason being self-replication. This feature does not only limit proprietary control along distribution lines. The improvement of seeds is necessarily built on the stock of already existing ones.” (11)[/blockquote]

If the above are facts, which indeed they are, I wonder about 2 things:

1. What prompted and sustained robust private sector participation in seed production and distribution in India (and elsewhere) during the absence of a strong IP protection regime for seeds?

2. Why is a need felt now for strong(er) IP protection in the seed sector despite the glowing growth rates of agricultural productivity around the globe witnessed in 2nd half of the 20th century without such protection?

We invite thoughts on these from our readers and promise to provide our own inputs on them soon!